We know it was a long time ago, but some projects just live in the memory for the sheer breadth of the activity and the results they deliver. Principality’s 150th birthday was that kind of project.

In 2010 Principality Building Society – the biggest financial services organisation in Wales – asked us to help them and their members celebrate their 150th anniversary.

The first task was to create a campaign identity which expressed Principality’s long-term commitment to the Welsh economy.  We developed the strapline ‘150 years at the heart of Wales’ and supported it with a campaign that recognised the importance of their members to their on-going success: Diolch – Thank you for building our Society.

Against the background of the banking crash and public discontent with financial organisations our campaign acknowledged the role their members played in their success and expressed the mutual status of the building society that marked it out as different from the big banks.

The campaign was rolled out on billboards, bus sides, adshels, newspapers, radio and TV. Each High Street branch hosted a birthday party complete with branded decorations and invited their members to celebrate with staff and local celebrities.

We scripted a set of four radio ads based on genuine stories from Principality members and directed the voice-over artists in recording studios in Cardiff; we created a microsite centred on an interactive timeline tracing the national, commercial and personal histories of Wales over 150 years; we scripted a short sting to top and tail the programmes that were sponsored by Principality on the Welsh language TV channel, S4C.

And we couldn’t let such a landmark birthday pass by without making a huge fuss for their colleagues. We secretly beavered away all weekend before the official birthday so that staff arrived at work to find Principality House decked out in balloon trees, cut-out figures, posters, window stickers, bunting, display panels and a 15 square metre graphic wall illustrating their history over 15 decades.

The highlight of the celebrations was the Principality Summer Test when Welsh rugby took on South Africa for the Prince William Cup. We branded the Stadium and the surrounding streets with 19m-high building banners, lamppost banners, animated pitch-side adverts, billboards and adshels for the concourses and dressed the hospitality and press suites. Everywhere the spectators and TV cameras looked there was Principality branding – even the player’s tunnel and VIP entrance were clad in logos and birthday messages. Despite the disappointing rugby result, Principality successfully painted the town (and country) red! 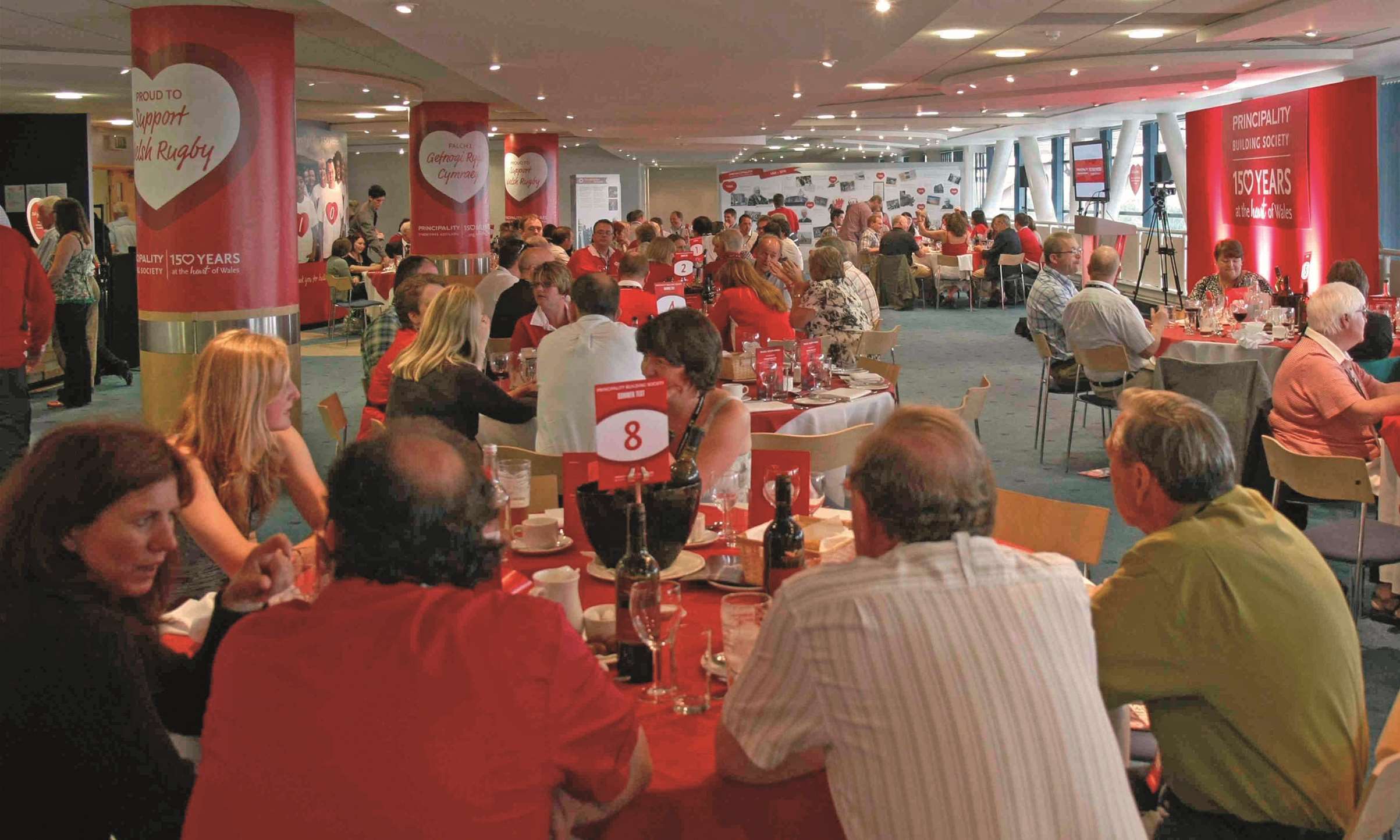 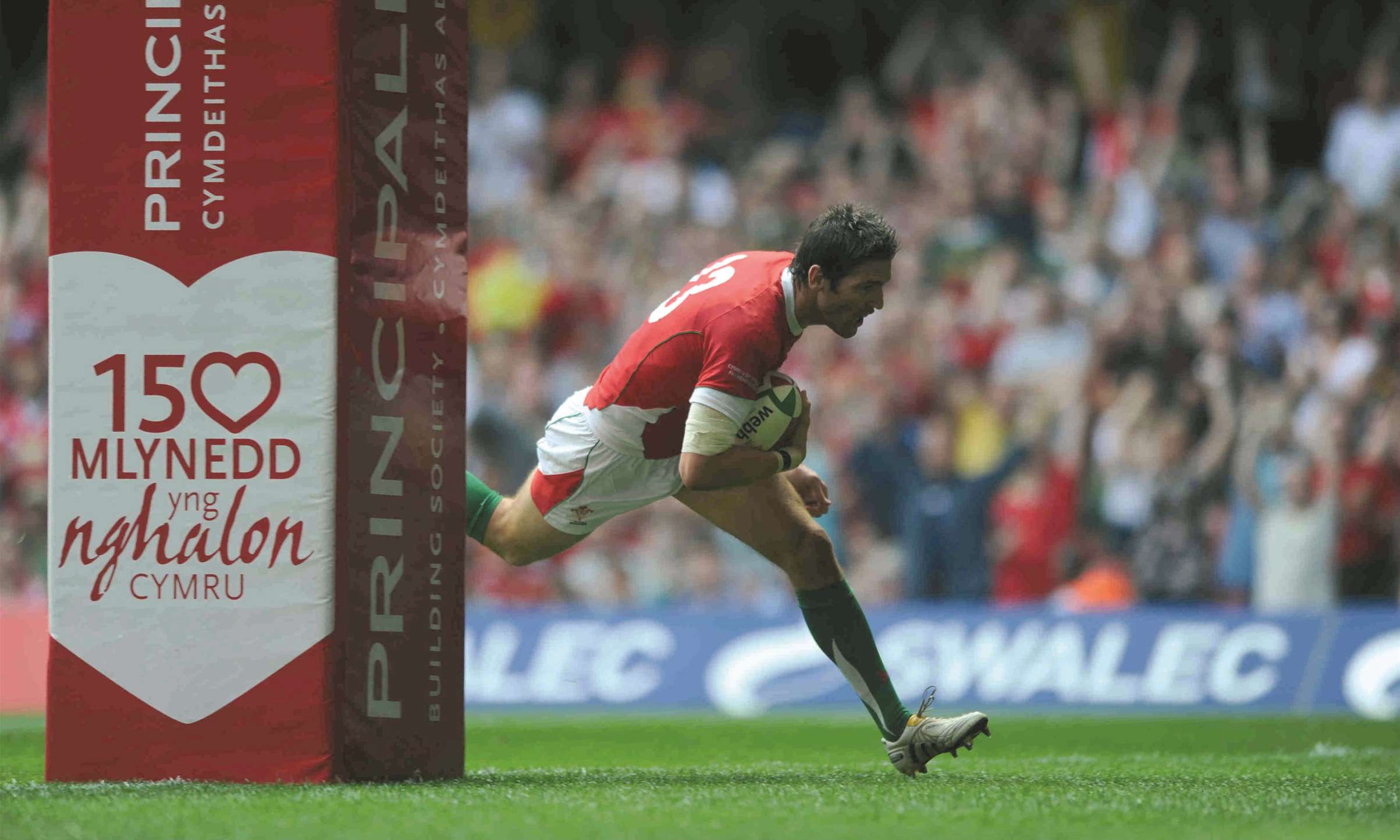 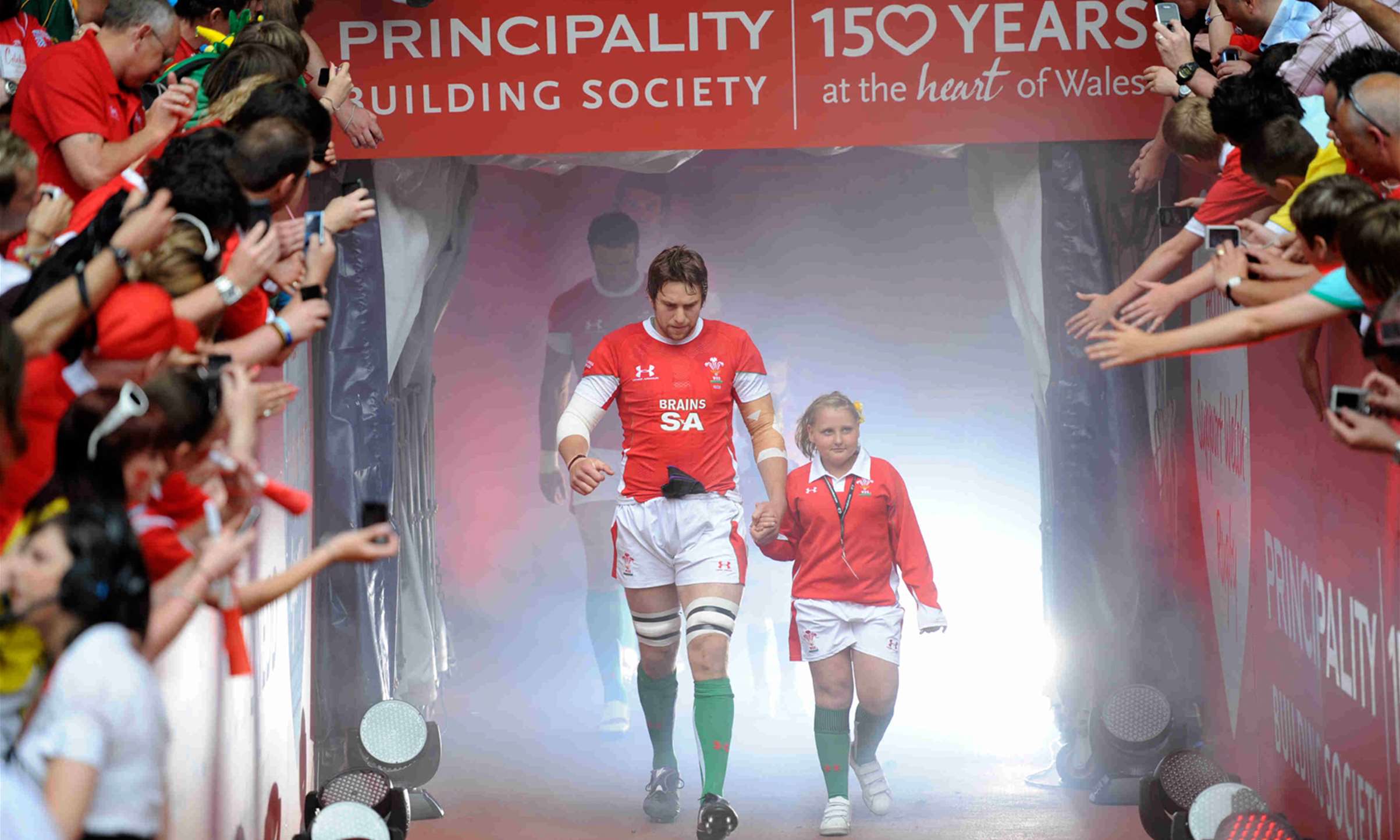 “I haven’t had a chance to say a big thank you for all your help over the last few months – we’ve had some really great feedback to date – so makes all the hard work worthwhile!”